The Book of Indecision by Vasile Munteanu

Referrals Forever: And Other Tips for Success... Bonnie and the Professor by Lois Stuart and ...

Home > Fiction > The Book of Indecision by Vasile Munteanu 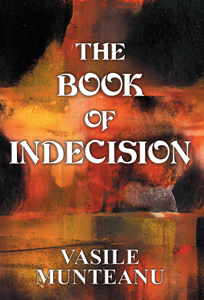 The Book of Indecision

The book is a collection of poems dealing with various themes, emotions, and mental states, the overarching, unifying idea being hesitation. Hesitation implies fear and loss or the fear of loss. Not being sure if one made the right decisions or if one’s decisions can be changed by later experiences leads to mental, emotional and physical second guessing. Hesitation can also become a state of being, not knowing if one can ever escape one’s own incessant self-doubt. Questioning oneself tends to become a rather endless endeavour, a type of negative infinity. The poems try to articulate some of these recurring instances.

Vasile Munteanu earned advanced degrees in both Literature and Philosophy. He teaches at the College of Southern Nevada in Las Vegas. He has written a number of other works in different genera.