I Am Rock Steady: Fighting Back Against Parkinson’s Disease by Julie Young 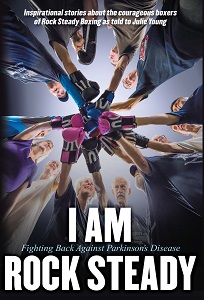 I Am Rock Steady: Fighting Back Against Parkinson’s Disease

RSB expects that by the end of 2016, there will be more than 300 affiliate locations throughout the world and that the Rock Steady method will be a worldwide movement in the fight against Parkinson’s.