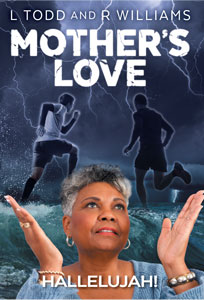 Shirley Brown, was the Oldest of the 5 siblings. She was pulled from School to help her Mom Katherine Jo Brown, take care of the family. Shirley, didn’t have that much knowledge from school. However, she was very knowledgeable of Jesus Christ. She was Spirit Led with the faith of the Holy Spirit. She married her Child-hood sweetheart who went in to the military. He was discharged from the military and suffered from PTSD. Shirley, got physically abused due to his mental condition. Even though through her physical abuse they had a son. Through the physical abuse she adopted her sister best friend son in which was mulatto. Over the years of their early childhood they were always together, regardless of their skin color. As Steven, the mulatto adopted son entered his freshman year of High School. He began to turn his back on the colored family who raised him. Through the storm of times Shirley, kept her faith in Jesus Christ. Oh Yea, with Little Faith…TRY JESUS!!! The Devil is a LIAR!!!!