Living, Loving, Learning in an Angry World by Life Skills for Living 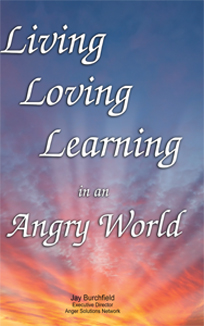 In this book, Anger Solution Network has compiled the essence of understanding and controlling one of our strongest emotions. I had already seen and heard the life changing results of presenting these concepts to prisoners, deacons, teachers, ministers, and business staff in the United States, as well as other countries. While the ministry book is Bible based, there is enough empirical information to satisfy evidence based, balanced approach with faith and science. Its proposition is applicable to both the individual reading it and the teacher demonstrating the ideas. This book can be a game changer.

Colonel (Retired) Joseph P. Burchfield, III retired from the Unites States Air Force after thirty years of honorable service with numerous honors. He served as a commander of two large intelligence units; Inspector General and Assistant Director of Operations for a world-wide Command; flew 100+ combat missions in the SEA conflict and hundreds of hours in the EB-47 and B-58 aircraft. He holds a Master of Arts in Lay Ministry from Southwestern Baptist Theological Seminary, Ft. Worth, Tx.; a Master of Arts in Management from Central Michigan University, Mt. Pleasant, MI; A Bachelor of Science from West Alabama University, Livingston, Al and completed Pastoral Care Training at the Ecumenical Center for Health & Religion, San Antonio, TX. Since January 2004 he has been the executive director of Anger Solutions Network (ASN), Inc. From January 2001 to January 2004, he was the regional director of ASN. From January 1994 to 2001, he was a volunteer chaplain to Bexar County Adult Detention Center. After his USAF retirement, he became the founder and director of Alamo Defense consulting of San Antonio, TX. Currently he is an active deacon and Sunday school teacher at Trinity Baptist Church, a core member of the FCA Officials Huddle and a high school football official. He is married with two grown children and four grandchildren. Finally, he is a master, certified anger management, stress management and conflict resolution instructor/facilitator with ASN.