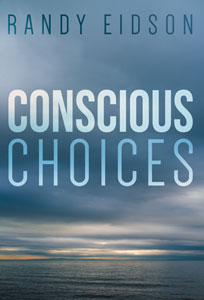 Inexorable medical fate has doomed Michael Halliday to hallucinations and psychosis that will end in death within a year. Jared Felker, Michael’s closest friend and second in command, conceives a project to give purpose to his friend’s last days. The project sends all on a journey of personal discovery to question what they value, what they believe, and what they are willing to risk when the consequences cannot be known. Michael pushes outside his familiar world to reflect on choices made, goals achieved and what was left behind. He faces questions essential to the human condition with a mind melting in a morass of misshapen proteins. What is human consciousness? What is a soul? In those questions he glimpses a darker peril that transcends this life and its regrets, unsure if his fears are real or only the hallucinations he has been told to expect. Jared’s growing unease crystallizes when he discovers an audio diary Michael has left behind. As he advances the project by day and listens to Michael’s posthumous voice at night, he must choose between a place in history for himself and a place in eternity for his friend. Unsure of the truth, Jared decides on a course that pits him against everything he once supported. But ventures put in motion can have unforeseen results and leave all to question – What have we done? David Hawke, the wealthy friend funding the project, is battling to pull off a merger that will secure his company’s future. Into this mix comes an iconoclast from California who is key to both the project’s final step and the merger. David ties the one to the other in a Machiavellian gamble to get them both. Conscious Choices is a story of love and loss, loyalty and betrayal, hope and fear faced by friends as they consider questions at heart of human existence.

Randy Eidson was born and raised in Atlanta. He graduated from Georgia Tech in 1968. After a two year stay in Alaska courtesy of Uncle Sam, he began a thirty year career in the investment business. He retired in 2004 and took up painting which keeps him busy and out of trouble. In 2009 he and his wife, Sylvia (the most spectacular woman who ever walked the earth, according to him), were able to leave the noise and confusion of Atlanta for more pleasant surroundings in Rome, Georgia. There they built a home and immersed themselves in community life. Eidson has always been a eclectic reader – poetry, fiction, science, biography, history. He has written numerous short stories, some poetry and enough published letters-to-the-editor to achieve “opinionated cuss” status. Conscious Choices is his first novel. The idea came to him after reading an article about the spiritual implications of work being done at MIT in 1999. It took a day to sketch the story line, four years to produce a first draft, nine years letting it languish in a drawer, and three years slashing forty percent of the words to produce this finished piece. He hopes you are challenged by it to ponder to the questions it raises. If your mind is stretched, he will be happy.